Cappadocia Turkey (Goreme, Urgup, Avanos region)  is a unique in the world with it’s natural beauties. It is located in the Central Anatolian region of Turkey.

Cappadocia (or Capadocia, Turkish Kapadokya, which in turn is from the Persian: Katpatuka meaning “the land of beautiful horses”), was an extensive district of Asia Minor.

The name continued to be used in western sources and in the Christian tradition throughout history. It is still widely used as an international tourism concept to define a region of exceptional natural wonders characterized by fairy chimneys and a unique historical and cultural heritage. The term, roughly corresponds to present day Nevsehir Province of Turkey.

The region of Kapdokya is a place where nature and history come together with the most beautiful scenery in the world. The region is a geologic oddity of cavitied hills and high boulders of supernatural beauty. The fantastical topography is matched by the human history here. people have long utilized the region’s soft stone, seeking shelter underground and leaving the rural area scattered with fascinating troglodyte-style design. The fresco-adorned rock-cut churches of Göreme outside repository and also the subterranean refuges of Derinkuyu and Kaymaklı are the foremost famed sights, whereas merely bedding down in one among it’s cave hotels is an expertise in 21st-century cavern housing. 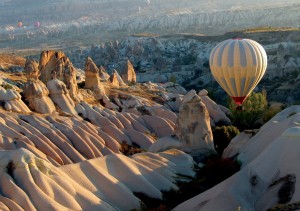 The underground cities are the top places to see in Cappadocia area. In this website you will find pictures of the area catagorized. Whether you are wooed here by the hiking potential, the history or the bragging rights of distinctive accommodation, it is the lunarscape panoramas that you’re going to bear in mind. This region’s accordion ridged valleys, shaded during a palette of dusky orange and cream, are an epiphany of a landscape, the things of psychedelic daydreams.

Traditional houses and dovecotes of Cappadocia carved into the stone show the uniqueness of the region. These houses are constructed at the foot of the mountain using rocks or cut stone.

Due to being plentiful and easy to process, regional unique masonry is developed and turned into an architectural tradition. Materials of neither courtyard nor house door are wood. Upper parts of the doors built with arches are decorated with stylized ivy or rosette motifs. 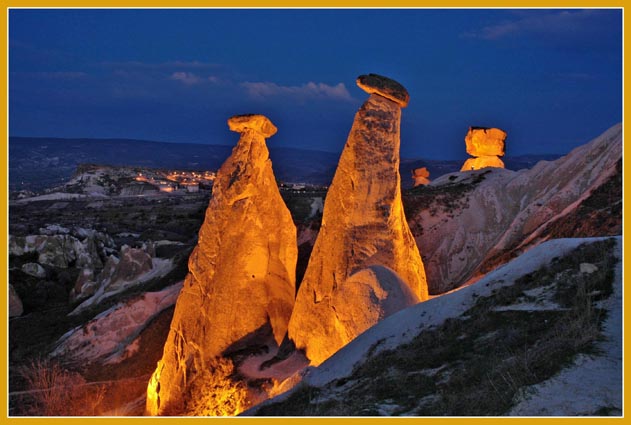 Cappadocia region is a very interesting place to visit.  One visit will not be enough because the look of the region is very different between summer and winter time. Cappadocia looks very diffrent under snow. 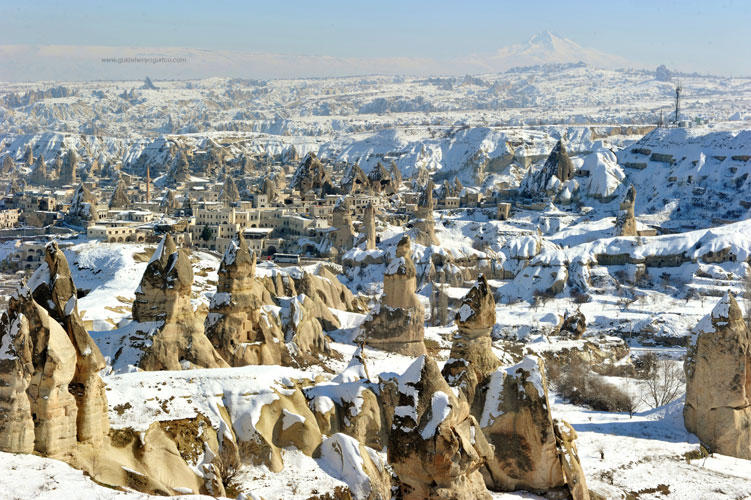