Things do to in Fethiye. There are such a lot you’ll be able to do on one vacation in Fethiye thus we’ve tried to stay this list of must-sees short. The following places to visit in Fethiye are all recommendations which are what we have a tendency to love regarding this area and what we’d wish to recommend to you if it is your initial visit to the Fethiye area of Turkey. So, make your things to do in Fethiye list accordingly. I did not add Oludeniz to this list because you already know Fethiye means Oludeniz and Oludeniz means Fethiye 🙂

Things to do in Fethiye

There are churches, chapels and civil building ruins of Bizantium period, constructed between 5 – 11th centuries AD on the island reached via ships from Oludeniz (Blue Lagoon) or Gemiler Bay. It is important as its one of the centers from where  Christianity is initially spread. Island also known as St. Nicolas, is one of the resort places of Blue Tour ships. 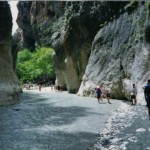 It is 50 km. away from province center and within the territories of Kayadibi Village. It is one of the best places to visit in Fethiye.  Add this location to your things to do in Fethiye list. It is a natural miracle secreted within 18 km. long, and its height reaches 600 m. from place to place, unique canyon. It is an unique tourism center, so wing mountaineering, trekking, swimming possibilities for people fond of nature with steep rocky mountains, plane trees and clearly flowing ebullient springs.

It is 45 km. away from Fethiye. It is one of the 6 big cities of Lycia Federal Union and “sports center” of the union. It is known as the city in which Mythological hero, Bellaforonte, known with Pegasus with his horse with flying wings. It is  determined that it is the oldest city of Lycia region and founded before 2000s B. C. via archeological excavations. Its graveyard, established over natural rock of city acropolis, is decorated with most beautiful house type tombs. It is known as king type tomb dated century B. C. in Necropolis is devoted to Bellaforonte.

Places to visit in Fethiye

It is the religious center of Lycia Federal Union 55 km. away from Fethiye.It is well known with 3 temples devoted to Goddess Leto, Goddess Artemis and God Apollon. Churches of early Christianity period are also exposed within Letoon in whose  archeological excavations are still continuing from 1962. It is one of the best places to visit in Fethiye

Amphitheatre, Letoon, south of Fethiye. What is remarkable about this amphitheatre is that most of it is carved from the limestone hill, I.E. there are no joins. Each end is built up from blocks like most other structures, and those sections have crumbled. It is another alternative location to your things to do in Fethiye list.

It is 55 km. away from Fethiye at the feet of Akda?. It is one of the most biggest cities of Lycia.It is known as the city in which first beauty competition is organized within the region, and gain importance with its strange architectural temple  devoted to goddess Aphrodite. Hundreds of “pigeon nest” type prepared public type tombs make Necropolis unique.

It is at the territories of 25 km. away from Fethiye. It is known that it is the last city joined to Lycia Federal Union. City founded within strange physical structure is very frayed due to natural reasons. It become interest center of the  region recently with its Theater, Agora, Stadium – Hamam complex, revealed after excavations performed by Fethiye Museum.

It is a Greek settlement founded beginning from 14th century over antic Karmillassos, fully destroyed excluding a few house type tomb as a result of earthquakes and foundation period is not known definitely. It is one of the best places to visit in Fethiye Its former name is Levissi, teaching  humanity on the concepts of friendship, brotherhood and peace, and united with five Turkish villages during its lifetime, is one of the pride resources of our region. According to a “population exchange” agreement signed between Turkish and Greek  governments on 1922, Greek population of Kayak? is exchanged with Turkish population residing in Western Thrace.

Antic Theater Antic sources are mentioning that there was a huge theater at Telmessos.On 1993, during the drilling excavations, performed by Fethiye Museum Directorate, sitting lines of the theater are founded under 3 – 4 meters of soil stratum filled with erosion. As a result of studies continued till 1995, all ruins existing from theater are revealed today. It is understood that early Roman period constructed, IIth century BC repaired theater has 5000 persons capacity and used as an arena during Bizantium period. Relieve project for repair of Telmessos Theater, responding to the 1500 persons’ usage with conditions of today, is completed.

Cezayirli Mosque is constructed by Cezayirli Hasan Pasha on 1791. Hasan Pasha had also acquired various works of art such as Arc Bridge, Pasha In at Yayla road, Aqueducts within Yaka village to Fethiyee

Likya Rocky Tombs 4th century B. C. monuments from Lycia period within city are drawing interest. These are the tombs excavated to natural rocks, which became the symbol of the city.Amintas, most beautiful and most magnificent one of the tombs, can be reached via lots of  regular stages. This tomb can also be seen from the below plains, and when you come near, the admiration against its greatness increases. At the middle part of the left column, “Herparnias’s son Amintas” is written with 4th century B. C. alphabet. Identification of this person is not clearly known. There are lots of tombs, valuable to be seen, within the province. Most important one of these is the one which belongs to Lycia period. There is a strange appearance of the tomb ascending within sea. There is a rectangular, wooden chords reminding embcarves and a gothic style cover with arc on the two layered front side. Both sides of the cover is embossed with frisks picturing wars, and it is thought that these are belonging to the life of the person. It is one of the best places to visit in Fethiye. It is another alternative location to your things to do in Fethiye list.

Fethiye Castle It is thought that castle ascending at the south of the city belongs to knights of Saint John.There are two simple and small rocky tombs on the eastern face of the hill, excluding a cistern with indefinite history and a few writings carved to the walls.

Uzumlu village (grape village) is 18 kilometres from Fethiye, nestled in foothills. Here the quality variaties of grapes are still grown, as the name of village suggests. On looms found in most homes, a local pure cotton material (known as ‘Dastar’) is woven by the village women. Table clothes & curtains are among the finished products available.  It is another alternative location to your things to do in Fethiye list.

These are the things to do in Fethiye.