Hotels in Didim | Cheap flights to Bodrum Milas for Didim

There are two important temples in Didyma; Apollon and Artemis temples. The TEMPLE OF APOLLON which was one of the largest masterpieces of Hellenistic architecture.

The Hellenistic ARTEMIS TEMPLE measured by 33(~109 mt) by 15(~51 mt) feets and had a total of 124 columns. Columns are still standing. In the temple grounds are fragments of its rich decoration including a striking head of Medusa (she of the hair of snakes 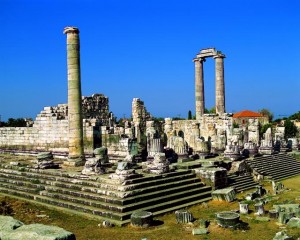 Temple was destroyed by the Persians in 494 B.C. then rebuilt by ALEXANDER THE GREAT’s orders. Sometimes after it toppled by an earthquake. Pillaged for stone by the locals there after and then for statues by the British Museum in 1858. It now stands beside the main road and surrounded by a fence next to boxes of modern Mediterranean houses.

The Temple of Apollo was a major monument is it’s day, however now not much of it’s sanctuary can be seen. What can be seen is a collasal, unfinished Ionic temple.

Lake Bafa Nature Reserve is an important rescue for flora and fauna. So the Lake became the status of a Nature Reserve. In the surrounding area of Lake Bafa and the Meander Delta over 250 kinds of birds can bee watched.

With its 60 species of orchids, only 20 species on our ground, and the very naturaly olive gorwths with many flowers in spring it is also a favorite for botanists and birdwatchers. But we have also zoologists, luminologs and other groups 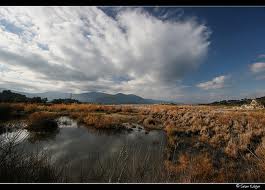 Priene, now known as Gullubahce, was an ancient city of Ionia in Western Anatolia situated some 20 km from Soke. Excavations here were begun by Carl Human in 1895 and completed by Th. Wiegand in 1898. The ruins of Priene present one of the most striking examples of the grid type of town-planning associated with the name of Hippodamos. The plan of Priene was based on that of Athens and, as the ancient town is located on a slope at the foot of a great cliff of rock, the grid plan is displayed in all its magnificence.

Temples and other buildings were constructed on terraces in front of the cliff. No one who visits this little city can fail to be impressed by the landscape and the whole surrounding atmosphere. In spring it fills anyone who views it with the joy of life. 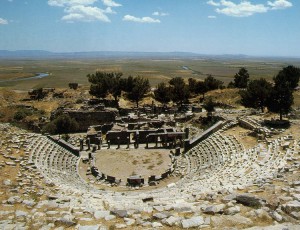 Situated at the mouth of the Meander in the south of the province of Ionia in Western Anatolia, the ancient city of Miletus was the oldest and the most powerful of the twelve Ionian cities in Asia Minor. It also founded over ten colonies on the shores of the Marmara and the Black Sea, while its commercial activities extended as far as Egypt. Its schools made a very great contribution to the intellectual and scholarly development of the Mediterranean world and one cannot talk of Miletus without mention of the great contributions to geometry and science made by Thales, one of the greatest scholars produced by the city. 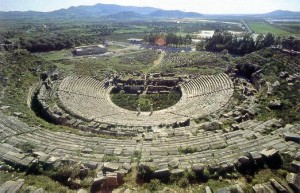 Miletus is also renowned as the first city to which the principles of modern town-planning were applied. The gridplan introduced by Hippodamos was later to form the basis of town-planning in all Roman cities. As a result of the silting caused by the alluvium washed down by the Meander the city now lies at a distance of several kilometres from the sea. The fact that Miletus formerly possessed four separate harbours well indicates the important role played by the Meander in the history of the city.

The perfect location set in a beautiful natural environment by the sea, surrounded by protected forests and olive trees.  Akbuk is also said to have the highest oxygen ratio and lowest humidity rate in Turkey.

Akkoy is a small traditional Greek Style village, 20 minutes from Didim. The name of the village is derived from Turkish, as the local houses are made of local white stone and Akkoy meaning ‘white village’.

Hotels in Didim | Cheap flights to Bodrum Milas for Didim 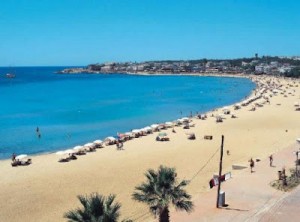